I've always associated Memorial Day with poppies and so decided to post poppy pictures today. I was curious as to how poppies came to be associated with the day and here is a link to a site with lots of background.
US Memoial day Another place with some information is American Legion and VFW and Poppies
The poppy pictures were taken over the last few days. Most are unnamed ones, bought as mixtures and the few that had names have been lost or forgotten. Poppies regularly seed and so new ones are always popping up. There are shorter ones available in the Pizacatto (not sure of the spelling on that one) Series and they aren't as likely to be toppled by the winds in a thunderstorm.
Poppies present a sort of problem for the perennial gardener since, lovely as they are, they go dormant after bloom and leave a bit of a hole in the border. The reappear in the fall, after the rains start, and stay evergreen over the winter (deer and bunny food). I do love them, so wouldn't be without them in the garden, despite their flaws and the shortness of their bloom season. Ours are in what was 3 -100 foot rows, now a wide hundred foot patch since they have self-seeded randomly. If you want to use poppies in a vase inside, carry matches or a lighter when you go out to pick in the garden. The only way to get the flowers to last is to sear the end of the stem right after picking. Otherwise they lose all of their sap and wilt quickly. Searing the stems will allow them to last for several days, or until the kitties play with them to the point that they are shredded. 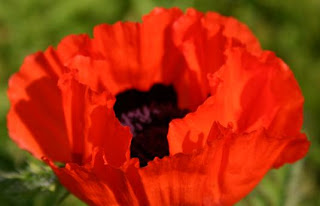 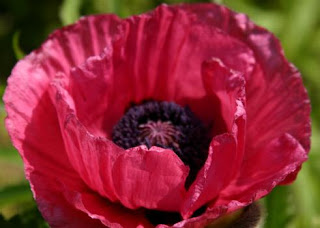 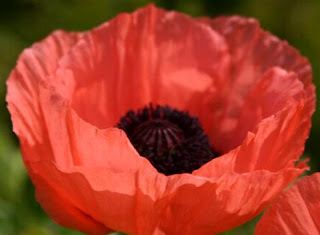 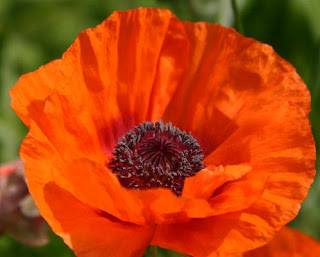 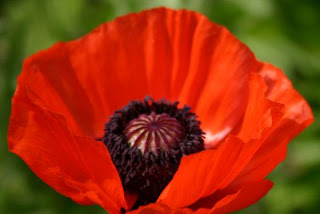 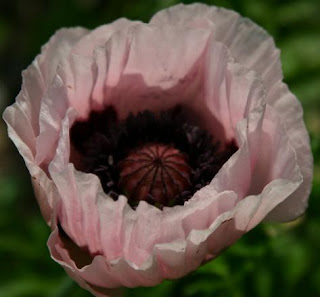 Hope you enjoyed the poppies and will enjoy picnics later today. We're supposed to have rain, but I'll take rain for the garden any day over a picnic.
Jane


Posted by Hoot Owl Hollow Nursery at 7:37 AM