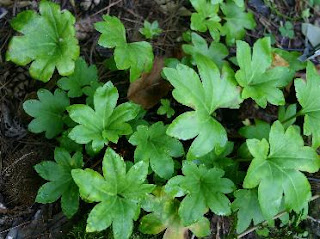 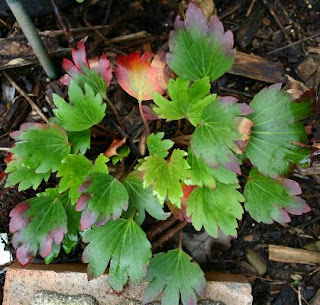 In keeping with less common plants, this morning I have found pictures of Mukdenia rosii. We have grown these two version for a few years now and they have been pretty carefree, happy where they're planted and not bothered by pests nor eaten by deer or rabbits. Can't ask much more than that. The top photo is the species and the bottom one is a selection called 'Crimson Fans' that has reddish edges on the leaves. I have a new picture in the other computer from this year when it was blooming and you'll be amazed at how much it has grown since these were taken. I'll add them later today when I feel like sitting there and working. This crappy cold has really made doing anything difficult for the past few days, and sitting up at a desk as opposed to using the laptop in a cozy place has just not been at the top of my list. Not much weeding getting done either, unfortunately.
Jane
Posted by Hoot Owl Hollow Nursery at 7:39 AM