A few days without WIFI has certainly put a crimp in posting things here, but as promised, some photos of other cactus that are hardy here.  These are all Opuntias of one sort of another, all hardy and all gorgeous when in bloom, as the following photos show. 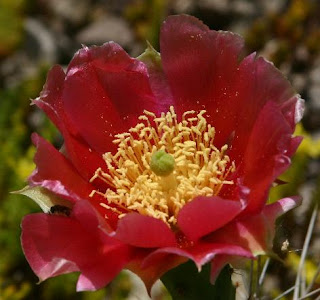 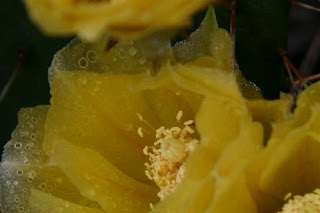 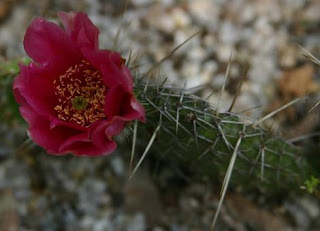 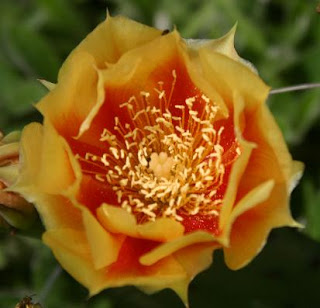 The pads on Opuntias are mostly oval and flattened with spines of one sort or another, some more vicious than others (though none are really weeding friendly)

The first is Opuntia fragilis.  It is widely distributed in North America and is hardy almost up to the Arctic Circle. 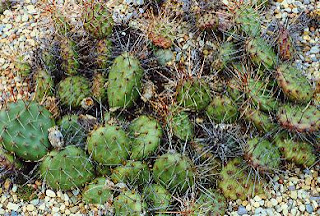 Opuntia humifusa also grows happily in much of the U.S., from Montana down to the Florida Keys 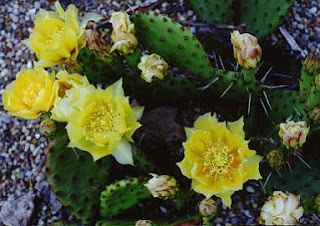 Opuntia phaeacantha with persimmon colored flowers.  The phaeacanthas are less widely distributed, being mostly found in the southwest U.S. to the lower midwest.  We have these with several different colors of flowers. 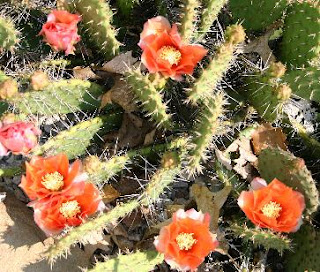 Opuntia Super Rutila is a hybrid and is hardy to zone 5.  Very pretty pink flowers on this one. 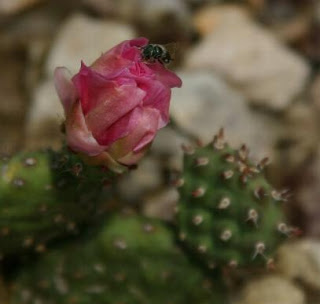 Wish we still had them growing wild here in Athens County Ohio, but pigs rooted out most of the wild populations in the 19th century.  We will continue to plant them as try to re-establish a native population, at least here in the hollow.