Such a hopeful name.  Any flower that is willing to bloom in February gets my vote.  Unfortunately, in all of our years in the hollow, I don't think this pretty yellow harbinger of spring has bloomed in February more than once.  March or even early April is more like it.  It does bloom in February down south of us in zone 7, but still...  It has been around since 1923, from what I could find out and was hybridized by deGraaf in Holland. 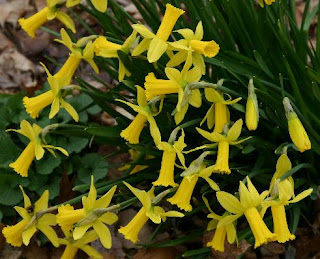 In fact, it isn't even our earliest bloomer.  'Rijnveld's Early Sensation' from around 1943, is the first large flowered one to bloom. 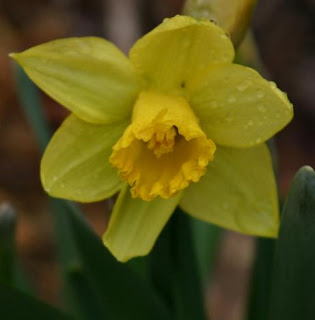 The prize, though, for the earliest bloomer, goes to a little miniature one, unnamed, that grows along the driveway in amongst the Snowdrops. Posted by Hoot Owl Hollow Nursery at 9:36 AM